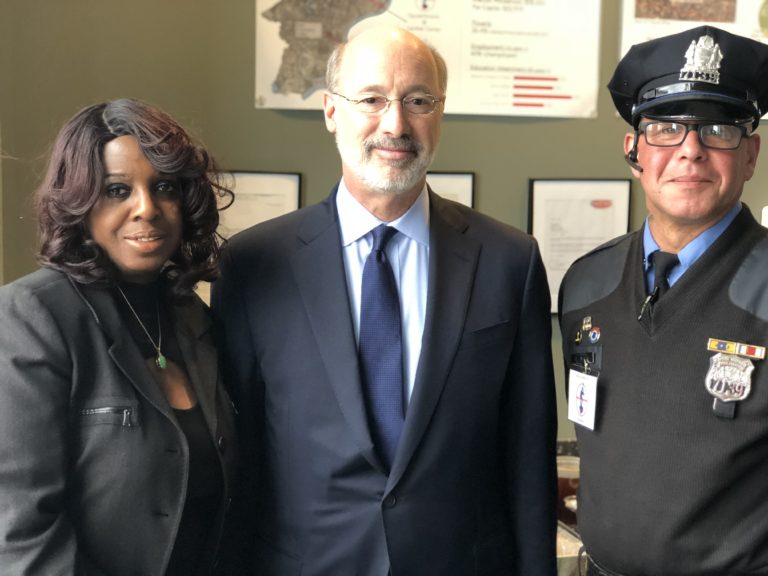 Members of the community shared the stories of their efforts to have the motel shut down over the years and the impact the motel has had on the surrounding community. There have been at least 20 reported homicides, 116 arrests for prostitution, and over 1800 calls to the police reporting problems at the site from 2004-2014. The purchase of the motel, and the subsequent closing and securing of the building, has already improved the neighborhood according to local residents.

Amelia Price, the commercial corridor manager for Called to Serve CDC, and Officer Marcus Salas, of the 25th Police District, have spent several years working within this neighborhood to try to bring an end to the nuisances inside and surrounding the motel. Price has been working closely with the merchants on the 3400-3600 blocks of Germantown Avenue, especially, on efforts to improve the corridor with support from the Commerce Department and now, North 10.

In a 2015 guest column for WHYY, Price wrote of her partnership with Salas and another police officer, Gary Sinclair:

“They sacrificed the time to go out in the field with me weekly to engage with the merchants and neighbors of the community for open and honest dialogue. On each occasion, they listened to the community’s concerns and complaints, took notes, and advised them of what they plan on doing to help — and they have acted upon their promises.”

Gov. Wolf listened intently as each person shared their perspective and connection to the community and the work to close to motel. Principal Clay-Dingle gave a heartfelt reflection on what the students of Bethune have had to cope with and manage, going to school directly across from the motel. The Pickenses shared the difficulties they and other community members have experienced over the years. And Clarke and Street also shared their thoughts about what the community needs and where it is headed.

Working in partnership with community stakeholders, we envision a transformation for a community whose members have long hoped for and worked towards making a reality.