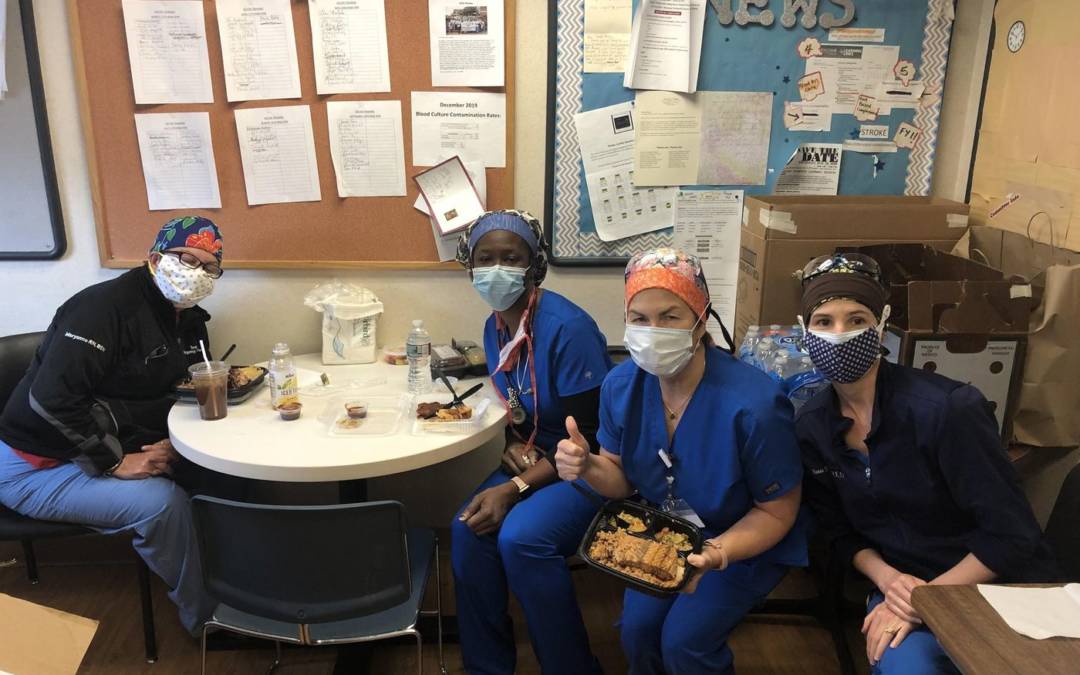 We were recently featured in the Inquirer here for our work distributing food in our communities.

Here’s an excerpt: “two years ago, North10 Philadelphia, which works to help people in the city’s Hunting Park and East Tioga neighborhood and operates the Lenfest Center, hosted a disaster/emergency prep workshop. Reality has set in. North10 is partnering with the community-development entity Called to Serve on a project that buys meals from neighboring restaurants Pho Don, Caribbean Feast, and CityView Pizza & Grille and sends them to Temple University Hospital’s Emergency Department. Right now, they’re handling 100 meals a week and expect to step up to 150 shortly. Both North10 and the Lenfest Center were founded by Chase Lenfest, son of the late H.F. “Gerry” Lenfest, the onetime owner of the Philadelphia Inquirer, who donated it to his Lenfest Institute for Journalism.”

Photo: “Workers at Temple University Hospital with meals sent from three local restaurants as part of a joint effort between community groups North10 and Called to Serve.”